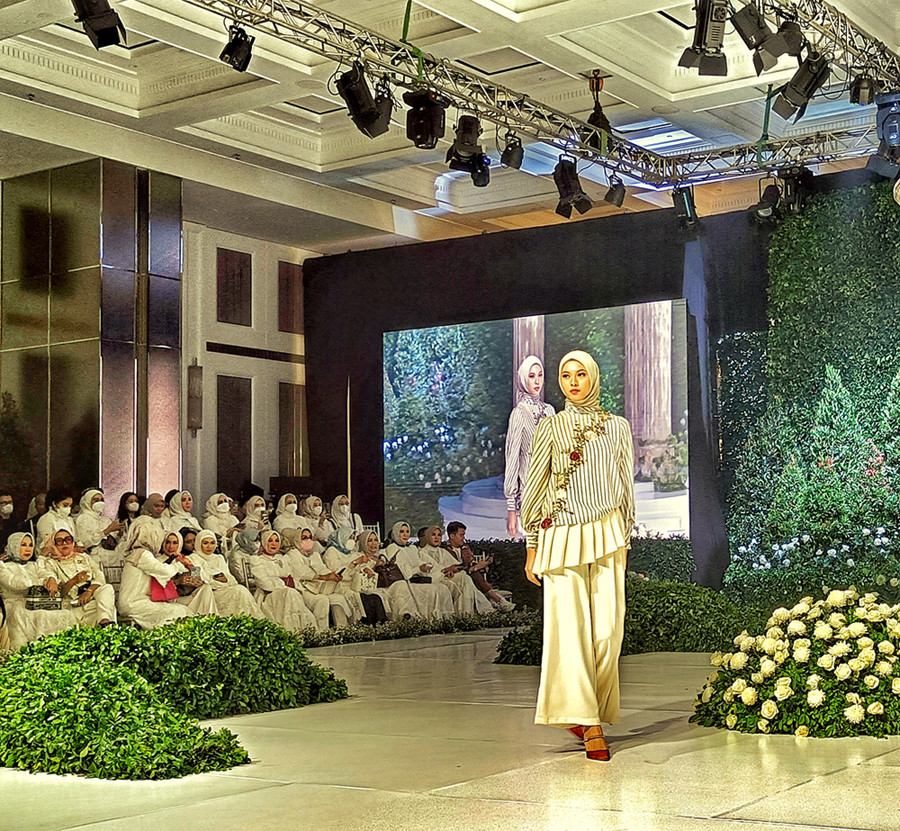 Designer Ayu Dyah Andari dedicated over a decade to the fashion industry before finally finding success with her first solo show.

After 11 years of making a name for herself in the Indonesian fashion ecosystem, Ayu Dyah Andari has finally made it. The designer held her first solo fashion show at Langham in South Jakarta on March 14, establishing herself as a name to be reckoned with in the local fashion industry. More than 250 guests, mostly from the country’s social elite, filled the hotel’s ballroom for the show.

“It’s every fashion designer’s dream to present their own fashion show,” Ayu said. “Al-Hamdulillah [thank be to God]I was able to do it after 11 years.

Presented under the theme Les Allées, the fashion show depicts the designer’s creative journey. Among the 60 looks showcased in the afternoon were remakes of some of the best-selling items from her past collections, as well as Ayu’s latest designs.

A house of roses

“We are how we were raised,” Ayu said, reminiscing about her childhood.

“My mom used to decorate our house with lots of roses,” she said. “They were everywhere; on upholstery, sheets, dresses.

“She designed a lot of [princess-like] dresses for me,” Ayu said.

As soon as little Ayu could hold a pencil, she began to draw women in beautiful dresses. She also made dresses for her Barbie dolls from her mother’s leftover fabrics.

But Ayu’s parents had envisioned a better career for their daughter.

As Ayu excelled in mathematics, her parents encouraged her to become an engineer. She enrolled to study industrial engineering at Gadjah Mada University in Yogyakarta. And after graduating, she also fulfilled her parents’ dream and worked in a multinational company in Jakarta.

But Ayu was also keeping her dream alive. In her spare time, she designed and sewed her own dresses. The budding fashion designer wore these dresses to parties and weddings, which was noticed by her friends and colleagues.

“They could definitely tell that my dresses were born out of passion,” she said. “Since I’m not one to pass up opportunities, I immediately said that I could also create one for them.”

Orders started pouring in from his friends and colleagues. And one day, Ayu realized that her income as a fashion designer had exceeded the monthly salary she earned from her office job.

“I knew then that it was time to [fully] focus on my passion,” she said.

In 2011, Ayu quit her day job. She then set up her first workshop in a 3m by 3m room in her home in Cibubur, East Jakarta. In this rather small space, Ayu, a seamstress and two embroiderers worked day and night to fulfill their orders.

“We had a used sewing machine and a serger to work with,” she said.

To hone her skills, Ayu entered the Indonesian Fashion Week Designer Contest in 2012 and became a finalist. In the competition, Ayu’s dress, which combines classic European design and Palembang gold ditty (traditional hand-woven textile), caught the attention of Liliana Tanoesoedibjo, president of the Miss Indonesia organization. And when the Miss World event was held in Bali in 2013, Ayu was chosen to dress six of the contestants.

“My dresses were very sexy and revealing,” the designer said. “But deep down I was rather ashamed of them.”

When Ayu started wearing the hijab in 2014, she made a decision to only design modest clothes.

Thanks to word of mouth, Ayu’s small business has grown. Her luxurious evening dresses have become favorites of Indonesian celebrities and dignitaries.

But with clients, designs that Ayu saw as copying her style became commonplace.

“At first, I was furious,” the fashion designer said of seeing dresses similar to hers on social media and marketplaces.

As a perfectionist, it usually takes Ayu and her team several months to research, design and create samples for a new collection.

“And yet, a week after our launch, the same dress is already on Instagram and on the marketplaces in 12 different colors at only 10and of our award,” she said.

Upon reflection, Ayu realized that so many people copy her because she is good.

Sales drop during the pandemic

When the COVID-19 pandemic hit, Ayu’s sales plummeted. As parties and public gatherings were canceled, Ayu’s evening dresses hung on the shelves.

“I had 40 employees at the time,” she said. “Most of them were heads of families. I wouldn’t let any of them go.

Ayu racked her brains for new ideas to start her business.

The couturier then launched into casual creation ready to wear (prêt-à-porter) for women, which mainly consists of daily blouses, outerwear, skirts and tailored pants. She also started producing women’s accessories, such as belts, brooches, handbags and scarves.

With these new items in her collections, Ayu not only retained her old customers, but also gained new ones.

“Before the pandemic, many could only admire my dresses because they couldn’t afford them,” she said. “But when I launched my ready-to-wear, they started buying them and wearing them.”

In two years of the pandemic, Ayu not only retained all of her employees, but also nearly tripled their numbers. Today, she employs 110 workers in her workshop. 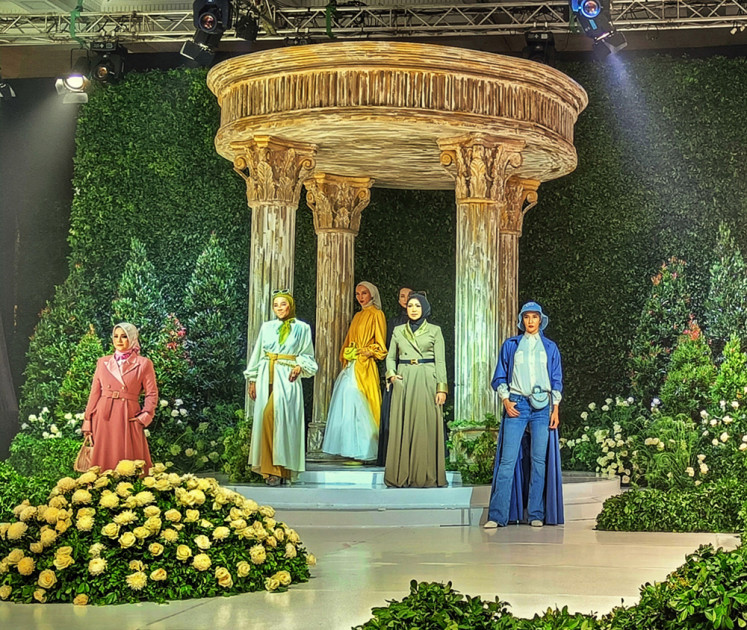 “Okky was a legend and my mum’s muse,” Ayu said. “It’s truly an honor for me to be able to collaborate with her.”

“Ayu’s mother was one of my fans,” Okky said at the Langham press conference on March 14. “I feel so excited to be able to collaborate with his daughter now.”

According to Okky, Ayu’s classic style matches her elegant flair.

“Like Ayu, I am also a mother of small children,” Sarah said at the press conference at the Langham. “I need outfits that allow me to move freely. And I’m also very happy that Ayu was open to my suggestion to introduce more colors into the collection.

Both collaboration collections are now available at Ayu’s boutiques in Jakarta, Surabaya in East Java, Padang in West Sumatra and Jambi.

After establishing her name in the industry, does Ayu also aim to go global?

“There were offers [to set up a boutique abroad]“, said the designer. “But right now, I really want to establish my business in the Indonesian market.”

As the pandemic appears to be easing, Ayu shared that she received a huge number of orders for Idul Fitri.

“We have closed PO [purchase orders] for Idul Fitri’s bespoke dresses for now,” the mother-of-four said.

“During Ramadan, I just want to be with my children, read the Quran and focus on fulfilling all the orders we received,” she added.

“For me, all these orders are amanah [trust].”