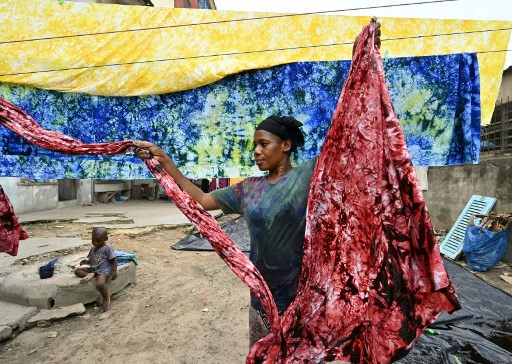 Mandela’s tailor on a mission to boost African fashion – Lifestyle

The Ivorian-BurkinabÃ¨ tailor Pathe’O can boast of a 50-year career that has seen him go from self-taught improviser to supplier to the rich and powerful Africans, including anti-apartheid torchbearer Nelson Mandela.

Now he is doing his best to change attitudes towards his profession across Africa and create opportunities for the next generation.

â€œIn the minds of many people here, sewing is a job for people who haven’t been to school, a job for chess,â€ says PathÃ© Ouedraogo – his legal name – with a smile.

“But African fashion, African fabrics interest the whole world! There is a wealth of designers and talents,” he adds.

“We need to move from cottage industry to mass manufacturing, to produce more to move Africa forward.”

“The blessing of my parents”

A tall, slim man at 70 with the face of a wise elder, Pathe’O is never seen without one of his own vibrant shirts.

Now at the head of a pocket-sized business empire that spans 10 countries and employs 60 people, the father of three still shows up every day in the workshops of the working-class district of Abidjan of Treichville, where he is first installed 50 years. since.

At the time, rejected to work in the cocoa fields due to his fragile health, he began to learn sewing on his own in a small workspace rented for a few francs.

Gradually, he improved, starting to make a bigger name for himself by winning the local “Golden Scissors” competition in 1987.

Ten years later, Mandela would wear one of his shirts on an official visit to France, the images prompting new customers to find their way to his door.

“I never thought 50 years ago that I would be here. It’s amazing!” the founder told reporters at a recent press conference at a luxury hotel as he unveiled the book.

All the work is done by hand on old cast iron Singer sewing machines, and Pathe’O travels among tailors, designers and pressers to check their work and give advice.

â€œYou have to know how to do everything in this job,â€ he says.

LÃ©on Ouedraogo – no relationship – worked with Pathe’O for 40 years and now runs the workshop.

He calls his boss “a simple man, always ready to talk, who takes the time to listen and to explain”.

The founder shows the fabrics with intricate patterns dyed in another workshop in the same district of Abidjan.

Each is known by a name familiar to insiders, from “speckled” and “speckled prints”, to “salad” and “clouds” – as well as Burkina Faso’s “Faso Danfani” designs.

â€œYou have to continue to create every day, surprise your customers, everyone wants something new,â€ says Pathe’O.

He finds his inspiration in the streets, with the women who go to the market dressed in multicolored clothes and scarves.

Ivorian designer Gilles TourÃ© says that his mentor Pathe’O “made us proud to wear African fabrics”.

Pathe’O himself plans to put all of his business success and international recognition behind what he calls his “battle” to earn the respect of the African fashion industry.

He sees it as a key economic sector that could help the continent on the path to development.

With a new huge and modern head office in the trendy district of Cocody in Abidjan which will also host its charitable foundation, Maison Pathe’O hopes to “give birth to a new generation of African designers”.

ABFRL to set up the D2C platform; build a portfolio of fashion and lifestyle brands