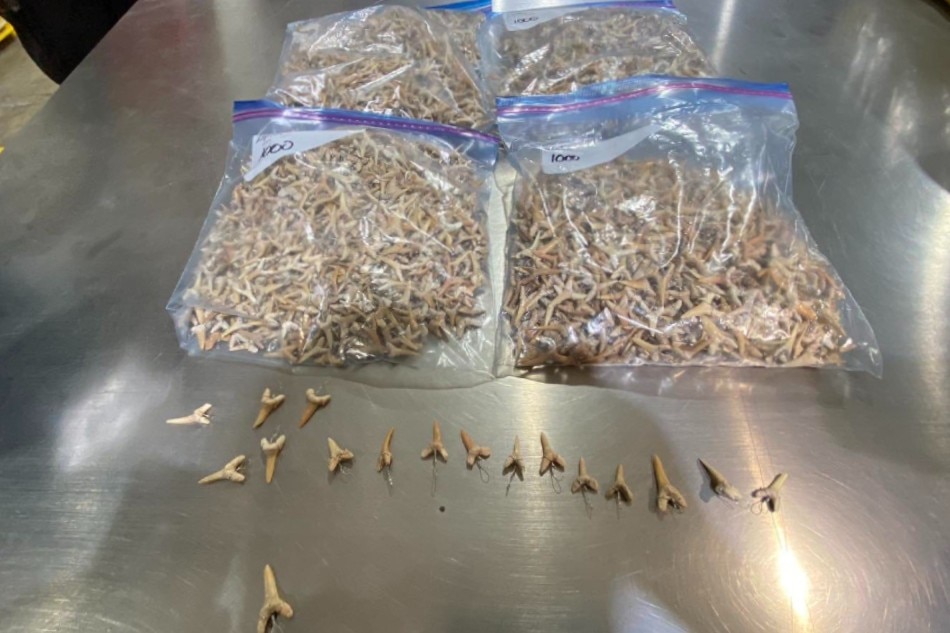 A report from the Customs Office said the package was opened after the x-ray of the package raised suspicion.

A representative of the Bureau of Fisheries and Aquatic Resources confirmed that the contents of the package consisted of shark teeth and not plastic components as stated. No import permit has been issued by BFAR for importation, according to records.

Acting District Collector Charlito Martin R. Mendoza immediately issued a warrant for the seizure and detention of the cargo.

â€œThe subport ensures that regulated goods are only released when covered with the appropriate permits and authorizations. The importer in this case did not obtain a permit from BFAR prior to importation and intentionally mis-declared the goods to get by. We remind our importers and their representatives to correctly declare their goods and obtain the necessary permits and authorizations to avoid seizures, â€said Gerardo A. Campo, collector of the port of Mactan.

The seized objects will be disposed of in accordance with the customs laws and regulations in force after having been the subject of a seizure and confiscation procedure.